The Reason I Jump - The Film 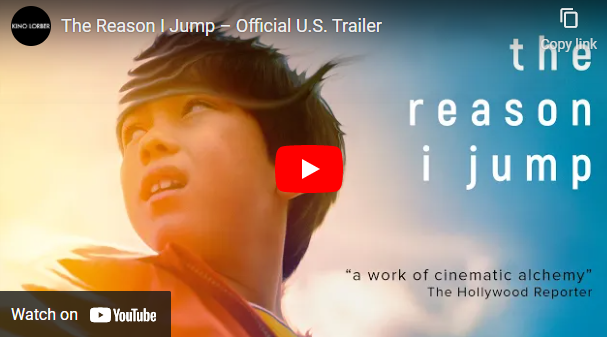 You may have heard of a book called ‘The Reason I jump’. This book was written by 13 year old, non verbal, Naoki Higashida in 2007. It was later translated into English and is a fascinating insight into how he sees the world. A film of the same name, and based around the theory of the book, has now been made and will be released in the UK later this year. The link to the article gives more information and also contains a link to the official trailer. Definitely one to look out for!

The Reason I Jump: behind a groundbreaking film on autism