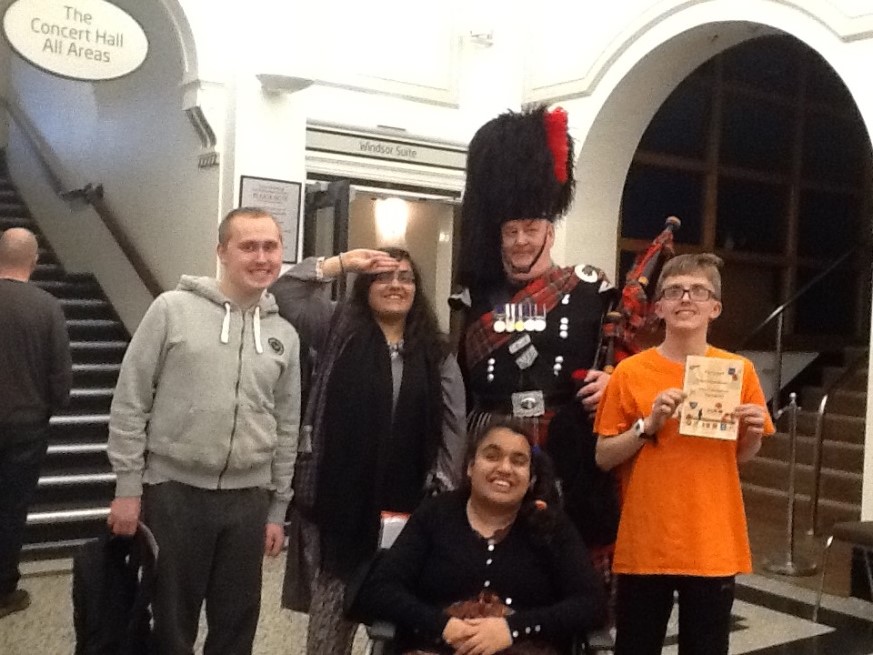 Last night a few of our students and staff from the RRSA steering group went to King George’s hall to attend the ‘Everyone Remembered’ event - a concert filled with songs and poems from WW1 and WW2 commemorating the Great War Centenary 2014-18.
The performance began by the sound of bagpipes and the march of the flag bearers. They were entertained by songs poems and dances from the First World War. Louise and Shannon two of our staff were part of the community choir. They were amazing. There were military cars outside and people in uniforms. It was an excellent performance and a night to remember. The students and staff enjoyed themselves.