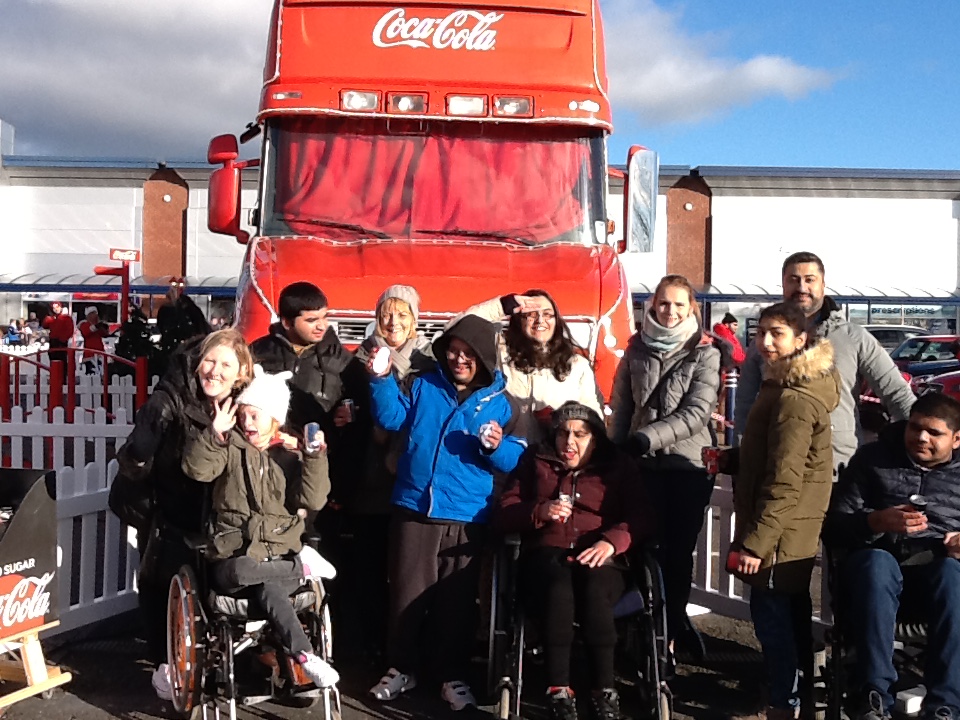 TG5 went to the Middlebrook Retail & Leisure Park to see the magical Coca-Cola truck. Even though it was chilly, they were really excited to see the truck and were not disappointed when they got there. After a short queue they all had their Christmas selfies in front of the big red truck and were well looked after by the lovely Coca-Cola staff wearing red with Santa’s hats on. A free sample of Coke, Diet Coke or Coke Zero was given to the group along with some free 500ml bottle vouchers.

The pupils were then treated to MacDonald’s where they consumed McFlurries and coffee after their main festive indulgence. Everyone were well mannered and had a fabulous time. The award for the best giggle goes to Ali, for being really tickled when he had a jumping Santa’s hat placed on his head. What an amusing scene!