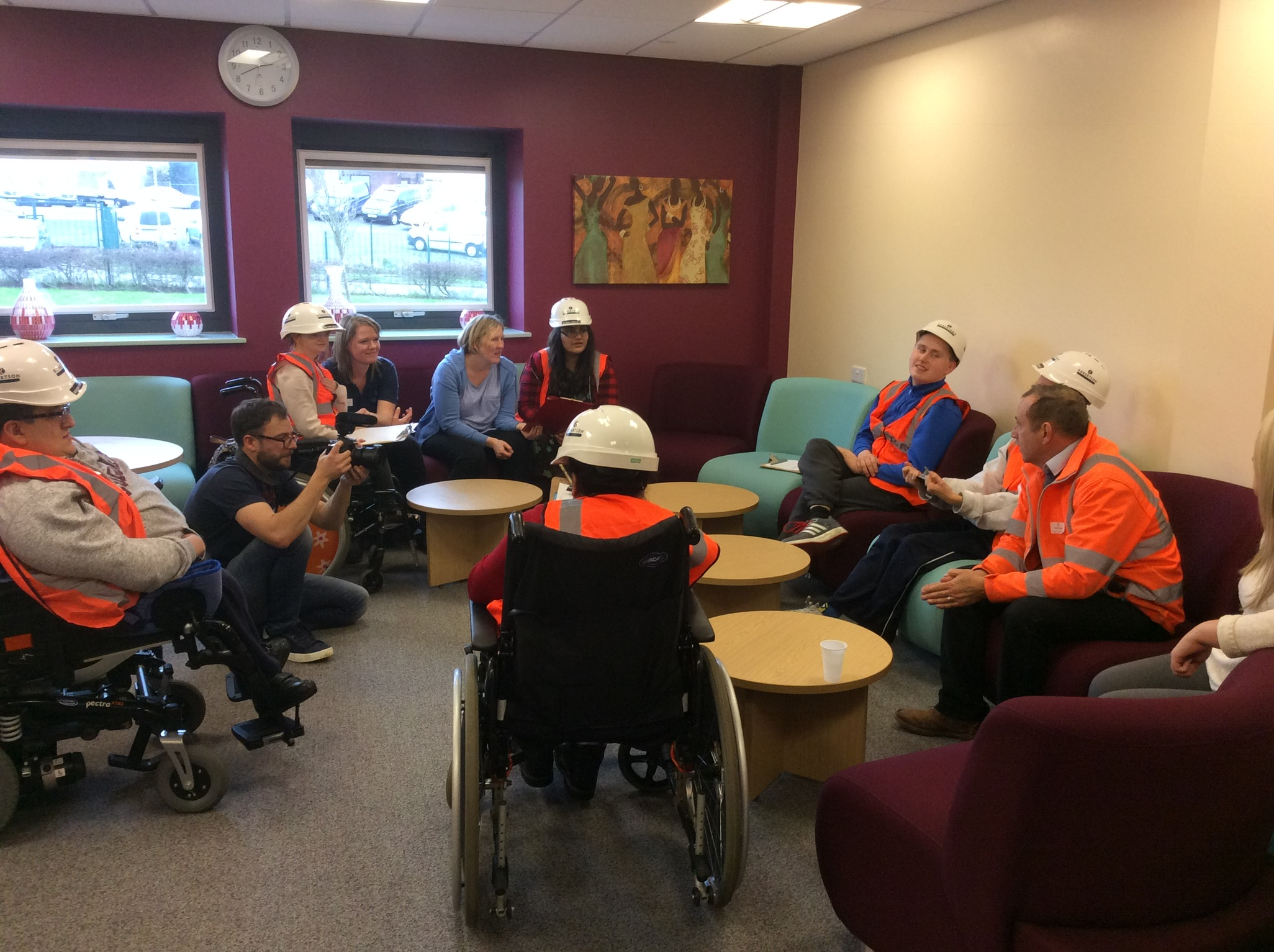 Today, Rachael from Robertson’s (building company) brought Kieran, their Film and Media Producer to the session in school to make a film of the activities and take some pictures in the studio. Kieran also filmed the Robertson Reporters conducting an interview with one of the builders, as well as being interviewed themselves, and also talked to our HLTA Aimie who has been supporting the special building sessions in the studio.