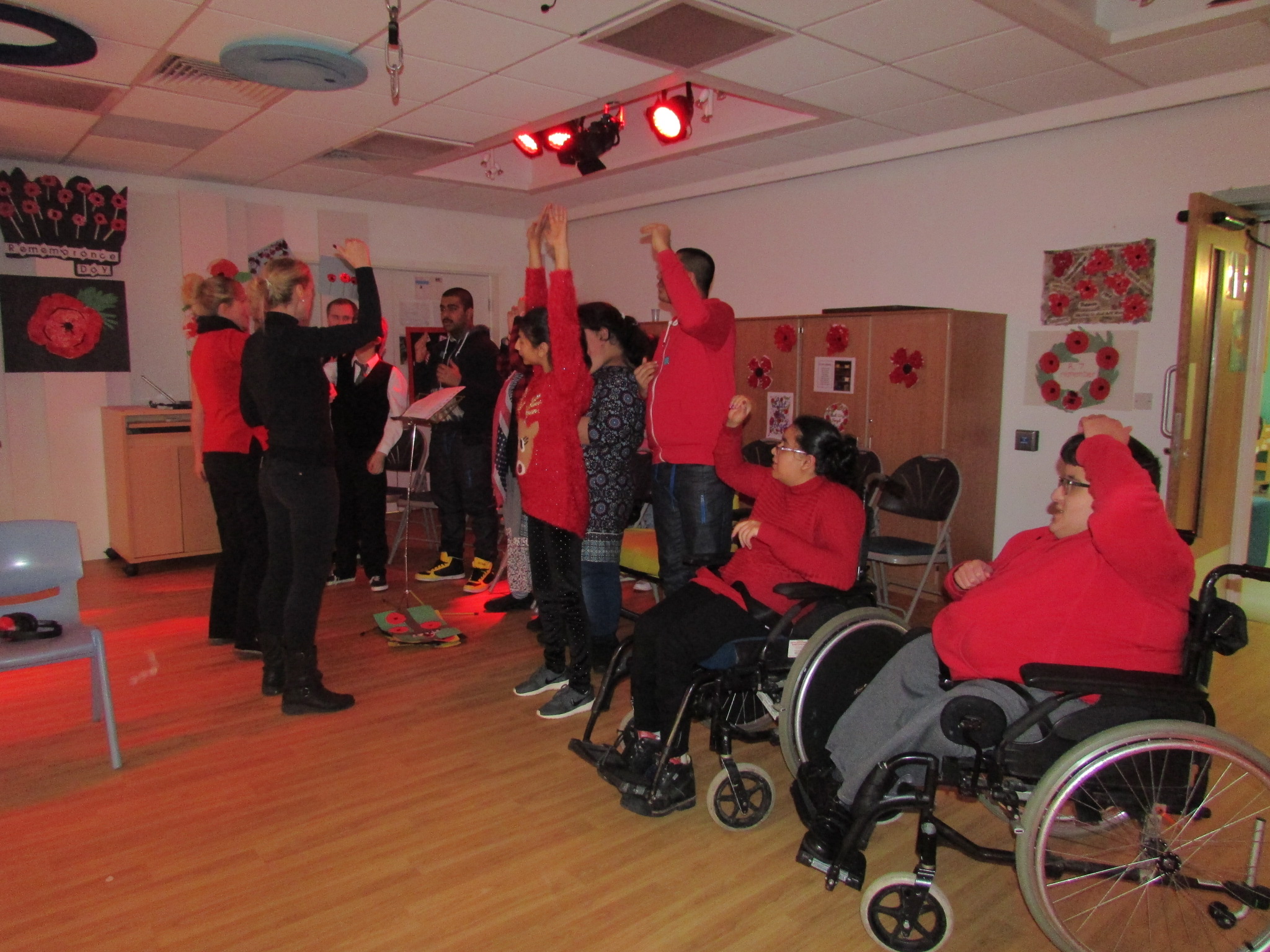 Today we held our Remembrance assembly, to honour the brave people who have served in wars and conflicts to protect others and give us the freedoms that we enjoy. Pupils in post 16 have been selling poppies all week to raise money for the Royal British Legion and today all the pupils and staff wore red. At 11 o’clock there was a minutes silence in classes.

In the assembly the choir sang, teacher Anna played the Last Post on her trumpet and some pupils read out poems including ‘In Flanders Fields’ by John McCrae. It was a poignant assembly and the sea of red from the Newfield family in the hall decorated with Remebrance artwork from all of the classes was a fitting tribute.