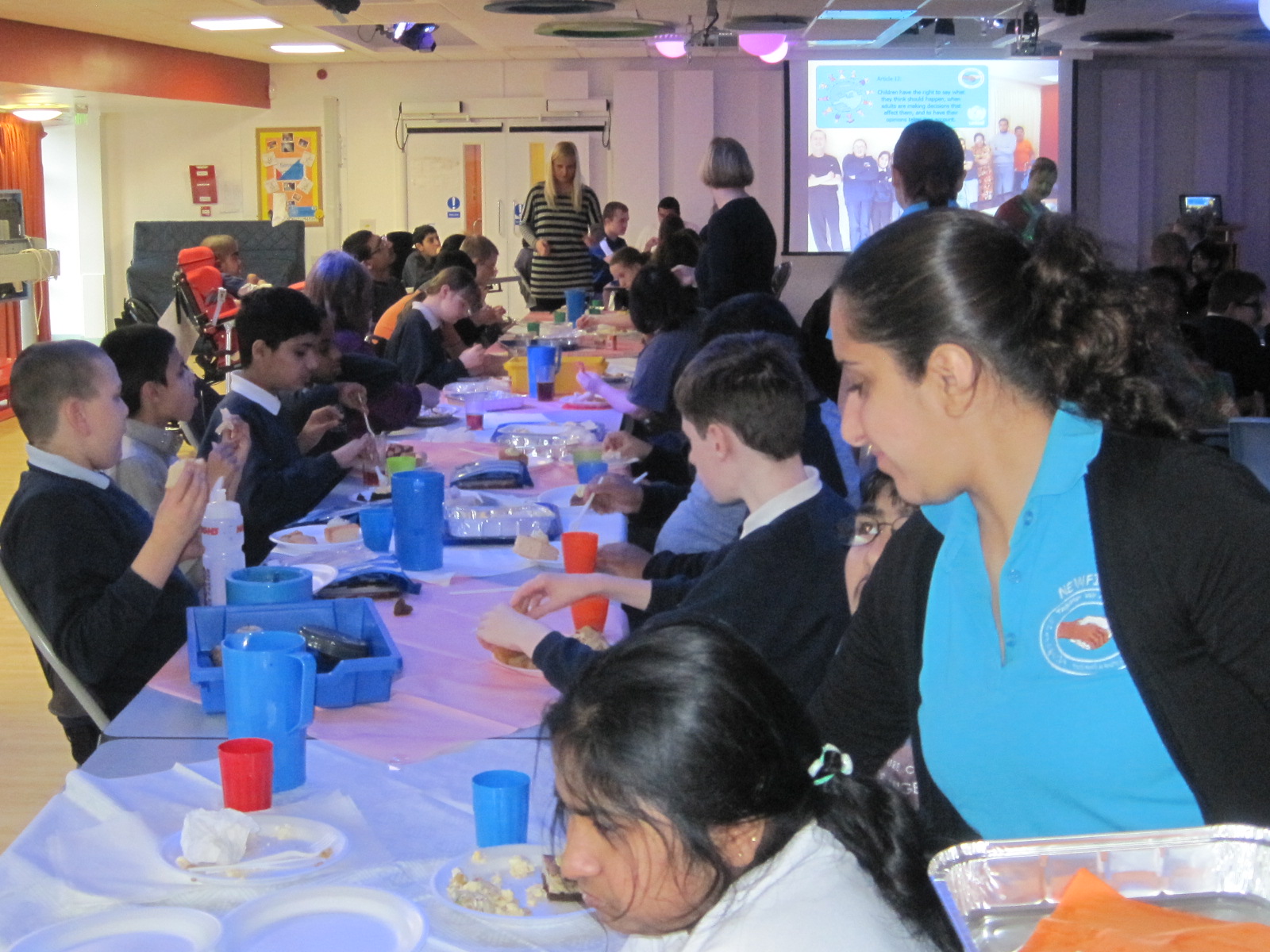 Today marks the 25th anniversary of the United Nations Convention on the Rights of the Child (UNCRC). In 1989 the global community made a set of commitments to children when it adopted the convention, which states that all children have one thing in common – their rights. Rights Respecting Schools across the country are celebrating this special anniversary - and naturally Newfield is joining in with the fun! Some of the pupils have written a letter to the children’s minister Edward Simpson, telling him what we do to protect children’s rights and asking what he does. Other groups of children have been doing artwork about their rights, which we will display in the atrium in school. As you all know, Newfield loves an excuse for a party…. and after all, we are UNICEF ambassadors… so on Friday, we are having a whole school buffet lunch, followed by a karaoke disco party to really celebrate this very important date.